Planning a Trip to Dublin 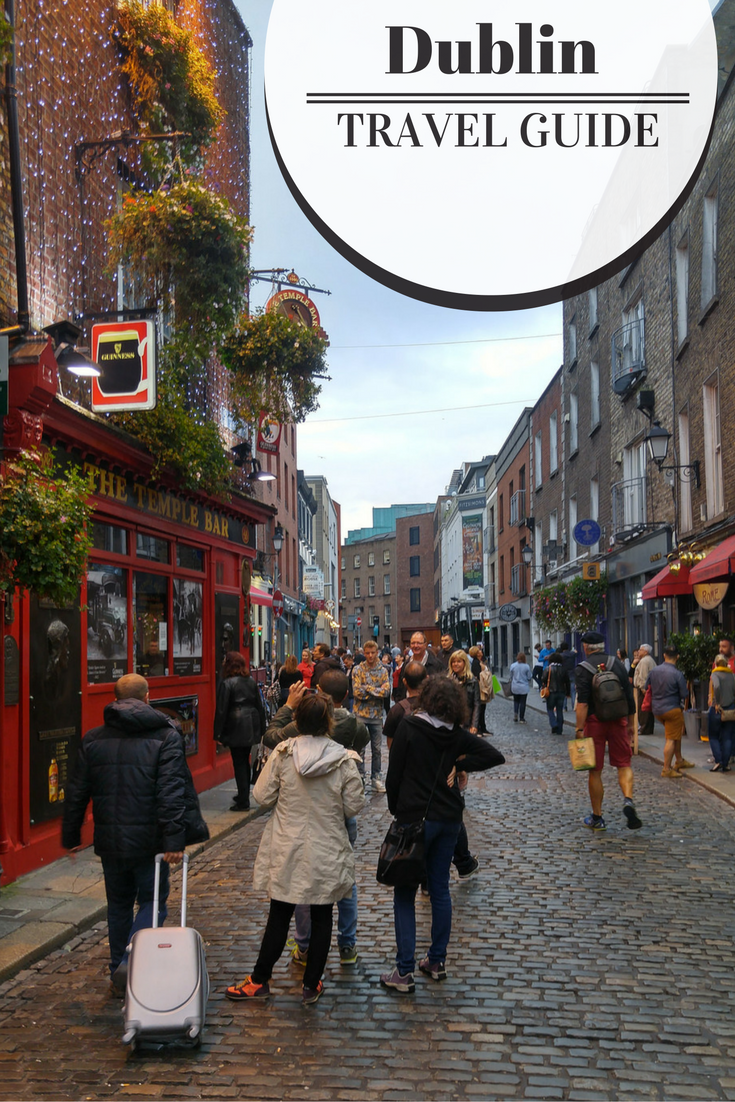 Everyone is Irish on St. Patrick’s Day, but, in truth, Ireland is a country that is full of warm and welcoming people who receive visitors to the Emerald Isle any day of the year. If the Irish people are the life blood of Ireland then Dublin is the heartbeat of the country. If you only have a few days to spend in Dublin I have put together a list of things you must do.

But first,  if you are traveling around Ireland here are links to posts on Galway and County Louth. 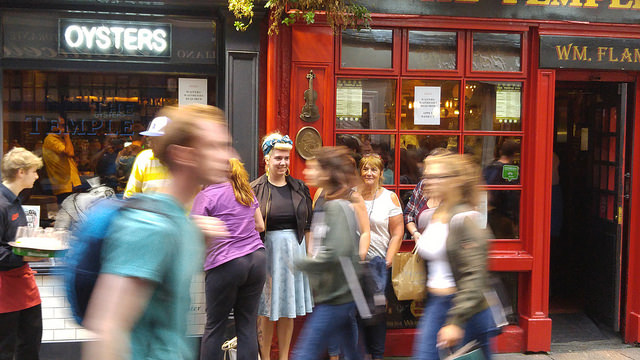 The Temple Bar refers to both an area and a bar in Dublin. Temple Bar is located on the south bank of the River Liffey and is the cultural center of Dublin. Here you will find shops, restaurants, pubs, and shops. At night this area comes to life. 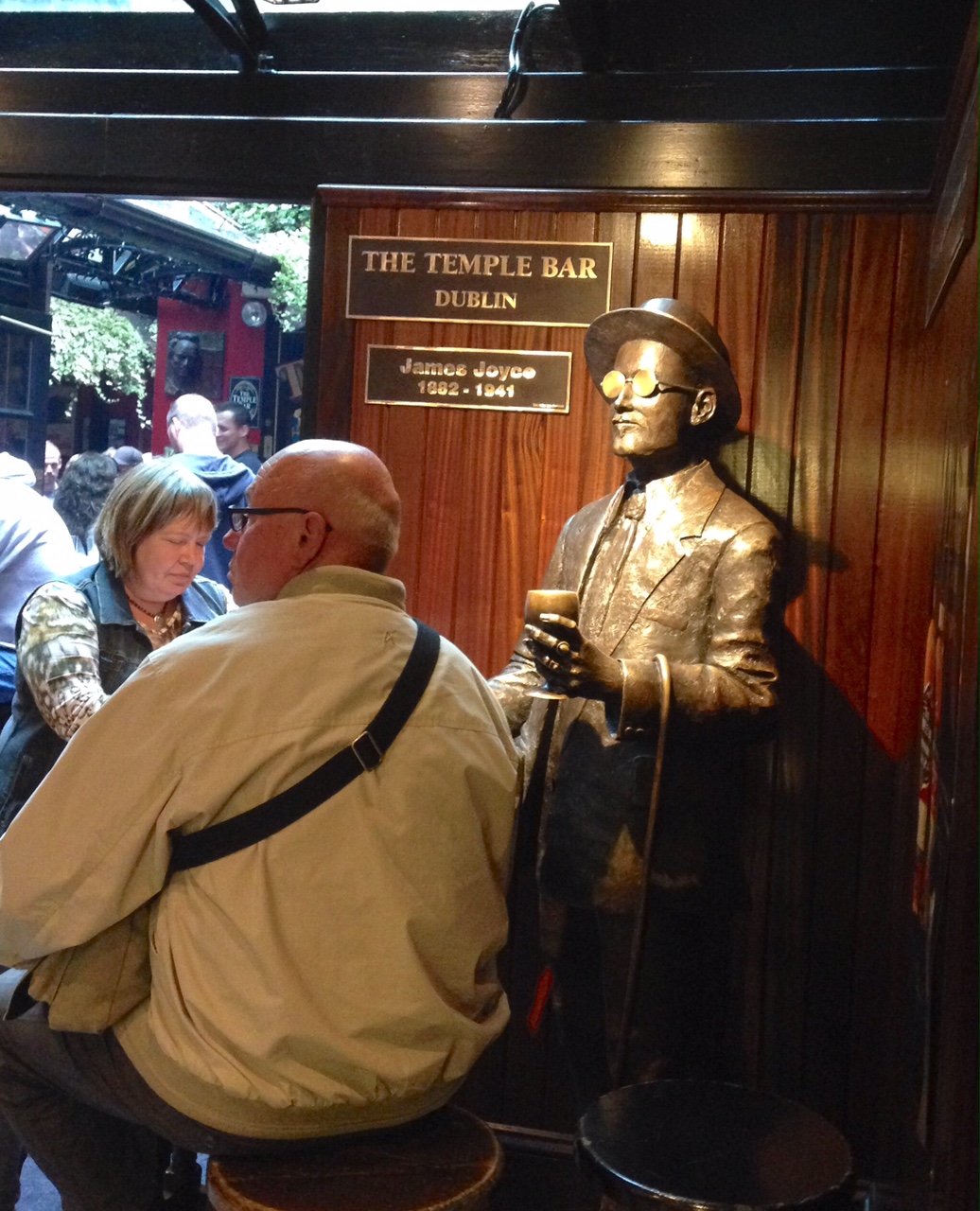 The Temple Bar drinking establishment is a likely stop for tourists in need of a pint. Inside the bar you will find statues of James Joyce and room after room of people enjoying the craic.  The night we were at the Temple Bar we were lucky enough to have family meet us from nearby County Louth for dinner and drinks. A rare and wonderful treat! 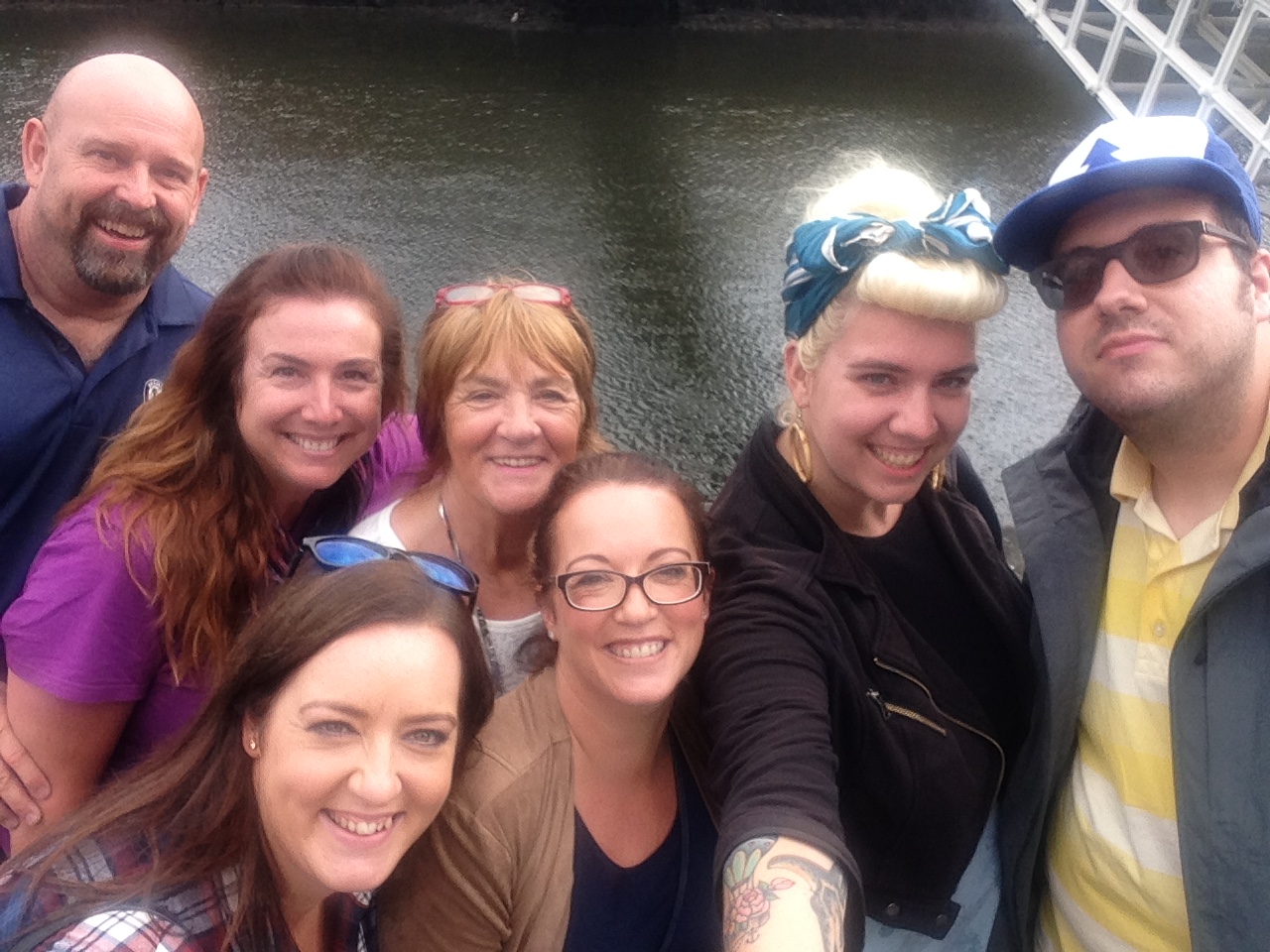 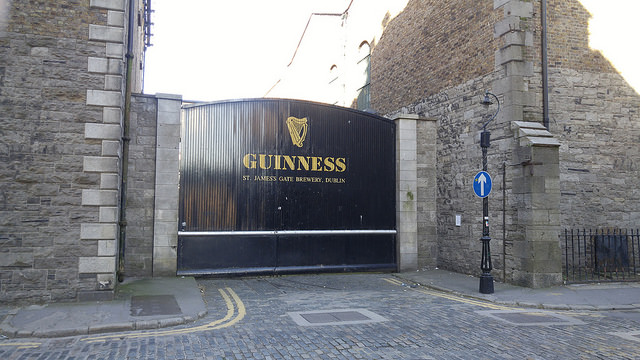 If you want to tour Guinness I recommend making reservations a few days prior so that you can reserve the time slot that you want. If you wait until the last minute you may end up touring at 10:30a like we did. There are floors of interesting exhibits and a nice café. We particularly enjoyed the exhibit on Guinness advertising through the years. The Whistling Oyster is pure genius. 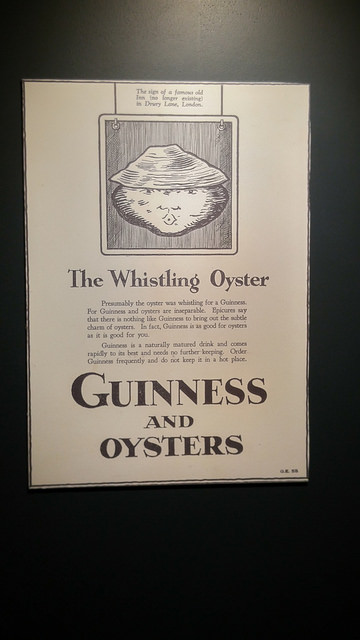 The price of the tour includes a complimentary pint at the Gravity Bar. The Gravity Bar is located on the top floor which is the place to have Dublin’s most scenic pint as the bar has floor to ceiling glass walls for an unobstructed 360 degree view of the city. You will want to stop by the large gift shop to pick up some souvenirs for yourself and your friends and family back home. 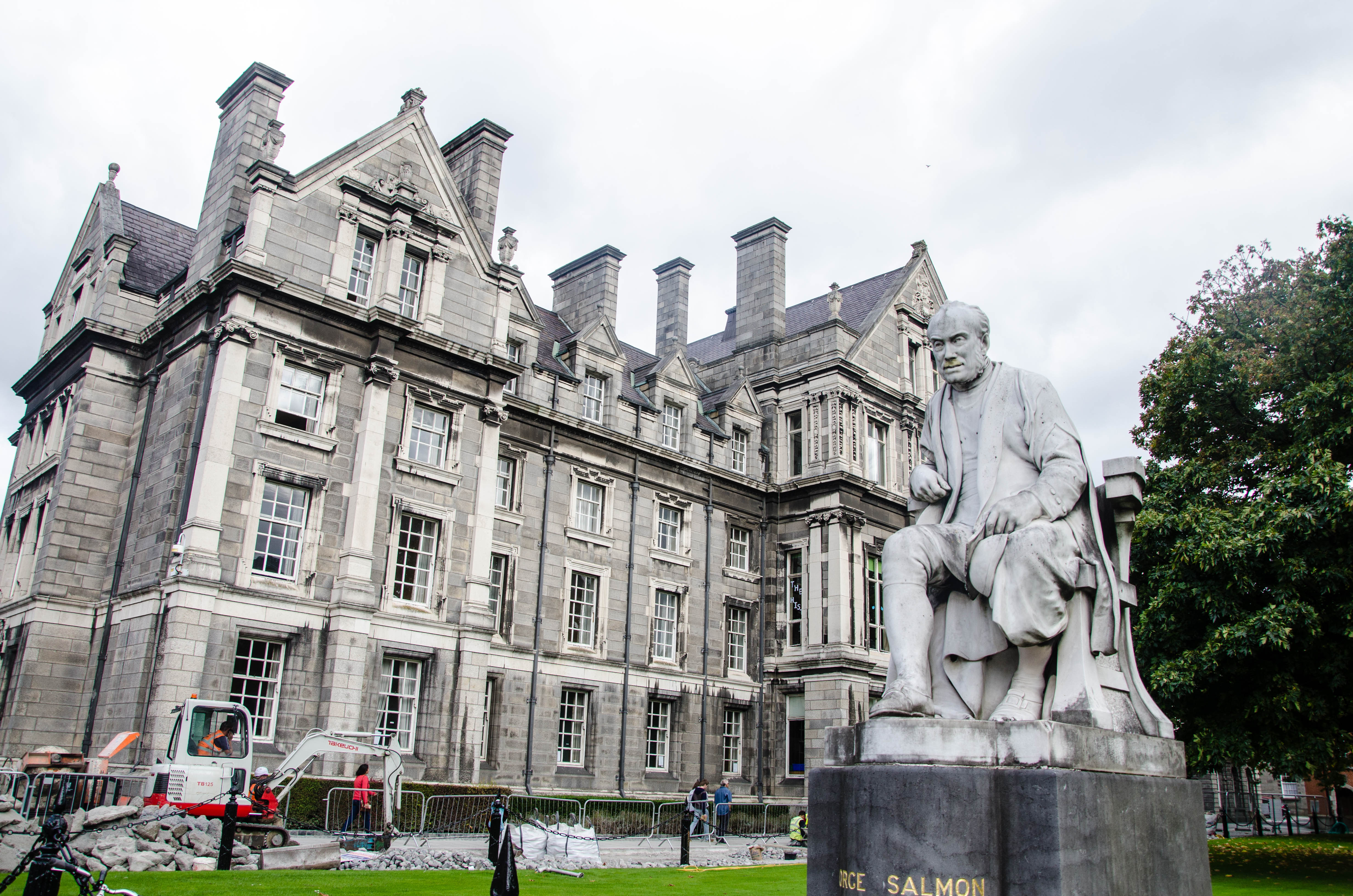 Founded in 1592, Trinity College is Ireland’s oldest University. The campus is as lovely as you would imagine an old college made of stone buildings to be. There are treasures on Trinity Campus in the Old Library which includes the Long Room. The Long Room is one of Ireland’s most popular tourist attractions and holds millions of rare and ancient texts including the Book of Kells. If you want to visit the Long Room buy online fast track tickets to avoid standing in long lines. 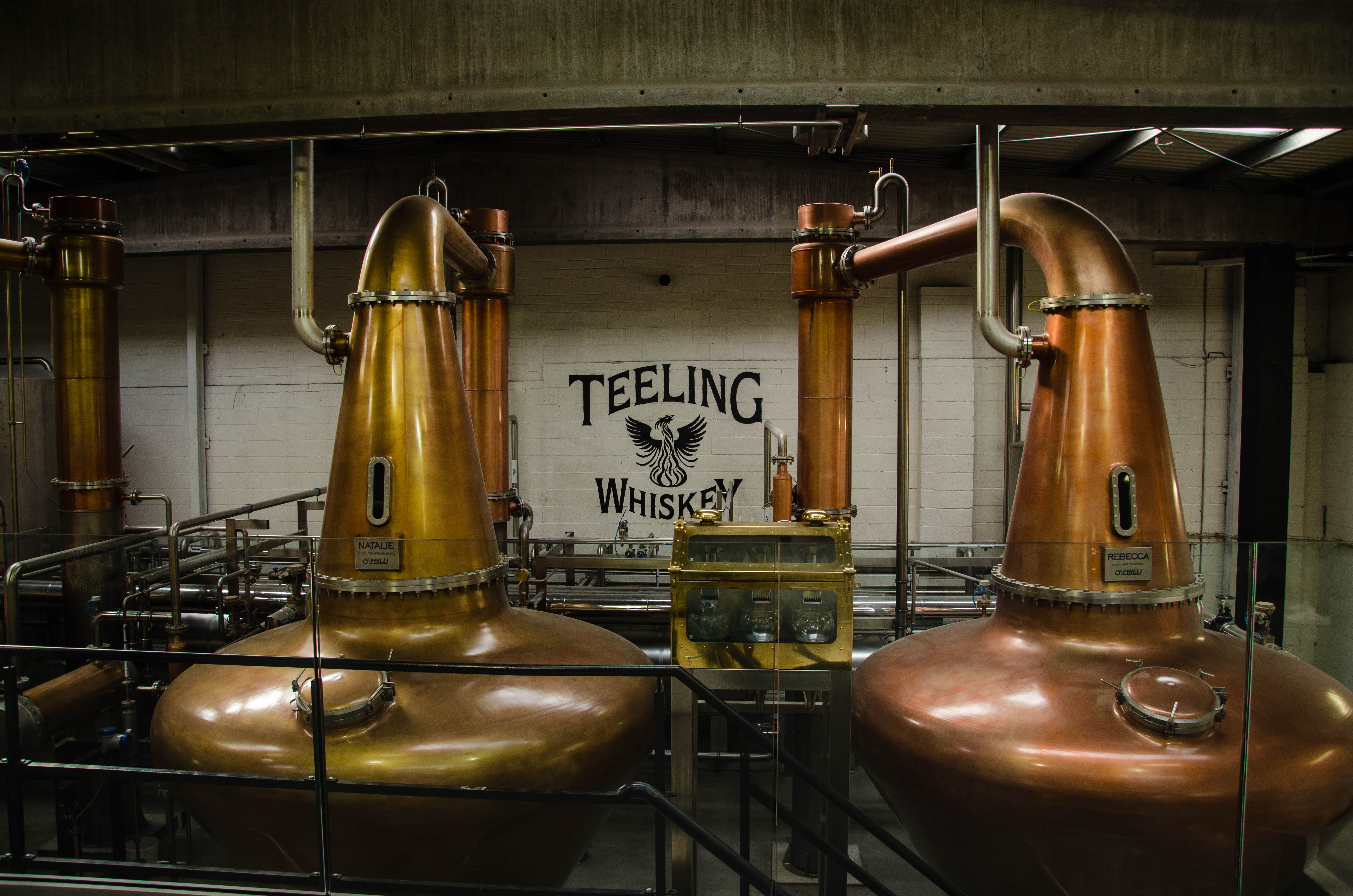 Most whiskey drinkers include a stop at the Jameson Distillery when they are in Dublin but from September 2016 until March 2017 the Jameson Distillery is closed for remodeling. Luckily, friends recommended that we do a tasting at the Teeling Whiskey Distillery instead. Irish whiskey was once the most popular spirit in the world dominating nearly 60% of the market until the 1920s at which time the market dwindled to almost nothing. 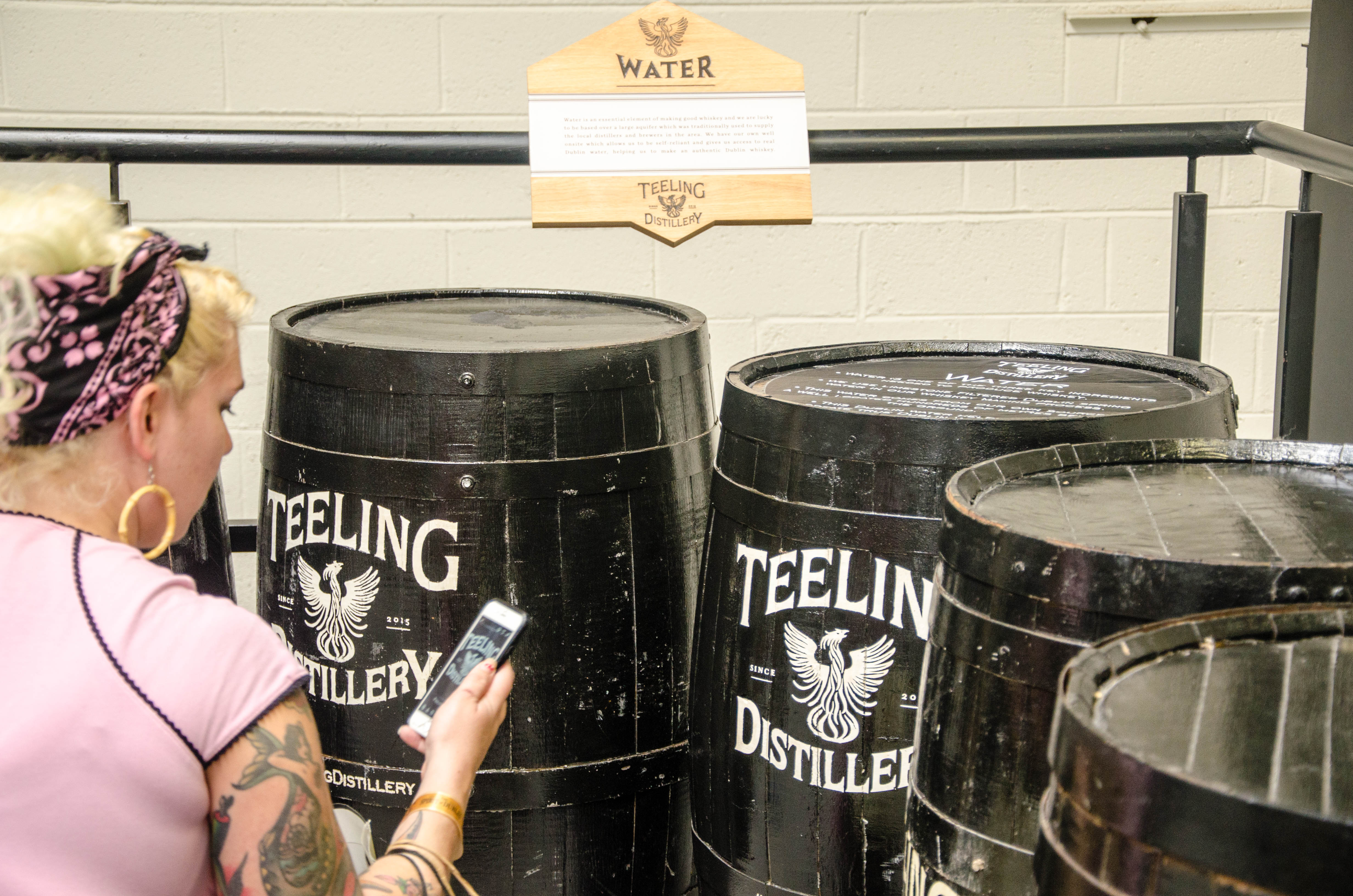 In a serendipitous alignment of stars and the full harvest moon, our last night in Dublin just happened to be Ireland’s Culture Night. Culture Night is an annual event that began in Dublin but has spread around the country and celebrates culture, creativity, and the arts. The streets were teeming with people and even at six o’clock in the evening people spilled out of restaurants and bars into the streets. The city was so alive! We poked our heads into the Dublin Castle to see live music. Dublin Castle was founded in 1204. Twelve oh four! My mind was totally blown by how old things are in this part of the world.  After all that culture we found a rooftop patio bar and enjoyed one last drink in Dublin before our early morning flight the next day.